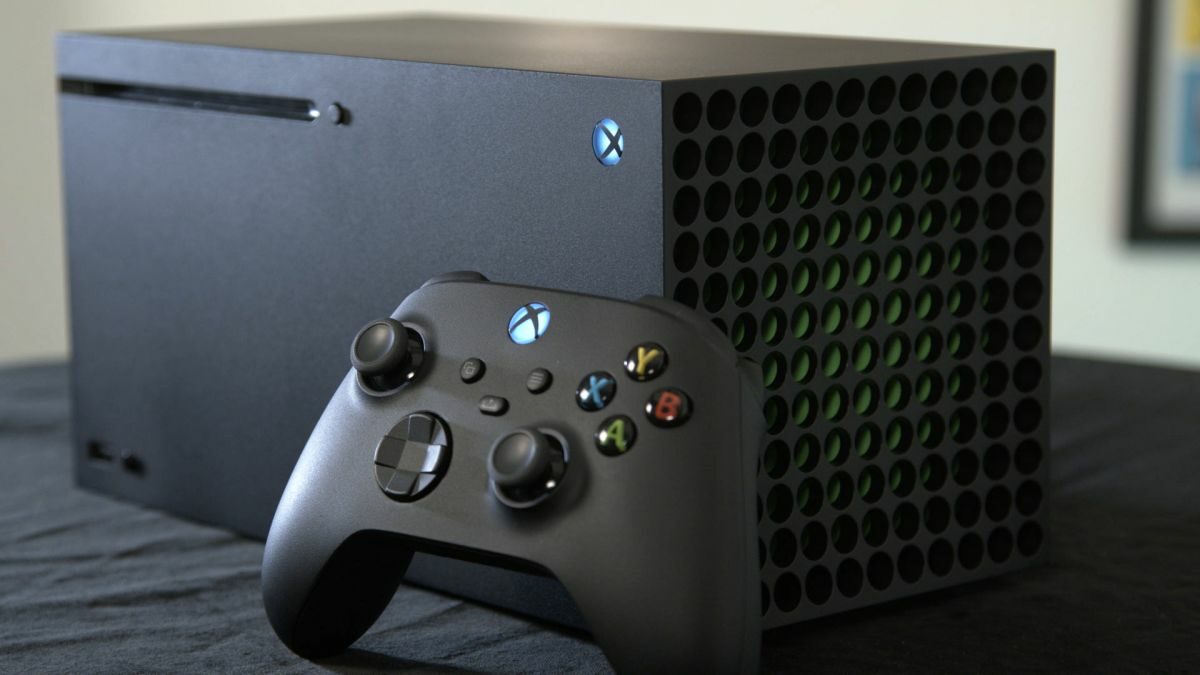 The Xbox Series X wasn’t an essential purchase at launch, but Microsoft’s mighty console is starting to come into its own after just over a year on sale. Mind you, it’s always been a great piece of hardware, and it could cement itself as an incredible next-gen console in the future.

But until now, the new Xbox has been missing what we’ve come to expect from every new console generation. There’s a glaring lack of games that really take advantage of Microsoft’s new system, and the same UI we’re used to seeing doesn’t help us feel more like a continuation of what we’ve had before on the Xbox One. So it’s easy to feel a little overwhelmed at first when you fire up your flagship Xbox, but soon the improvements start to become known.

Thankfully, the Xbox Series X now has a library of games that showcase what Microsoft’s new hardware can do. Halo Infinite, Forza Horizon 5, Psychonauts 2, and Microsoft Flight Simulator are available now, and Microsoft has upgraded many older Xbox One games to take advantage of the new console’s impressive tech specs.

That’s good news, because we’ve been impressed with the Xbox Series X from a hardware standpoint. It’s blazingly fast, nearly silent, and delivers the kind of stellar performance we’ve only seen before from high-end gaming PCs. This ensures that games old and new look and perform better than ever before, and provides a solid foundation for Microsoft to grow for years to come.

One year after Xbox Series X

We’ve updated our Xbox Series X review to reflect our impressions after using the console for over a year. Microsoft rolled out some welcome improvements to Series X, and now there are finally exclusive games that take full advantage of the hardware’s capabilities, like Halo Infinite and Forza Horizon 5.

But unlike high-end gaming PCs that tend to cost thousands of dollars, Microsoft has packed quite a bit of power under the monolithic frame of the Xbox Series X for $499 / £449 / AU$749. The end result is a console that’s not only technologically advanced, with dramatically reduced load times and significantly improved game visual fidelity, all at a competitive price. The deal is sweeter due to the many quality-of-life features that make your gaming experience more enjoyable, such as Quick Resume and FPS Boost, which we’ll discuss in more detail below.

However, while the Xbox Series X’s raw hardware prowess cannot be underestimated — and its new time-saving features are certainly welcome — it falls short in some key areas.

The Xbox Series X still doesn’t have the “must have” library of exclusive games that the PS5 or even Nintendo can offer, but it does have Xbox Game Pass. It’s a subscription service that gives you monthly access to hundreds of games – if you like to play new games across multiple genres every month, this is the best deal in gaming right now.

While Xbox Game Pass is mostly populated with older games, many are optimized to take advantage of the Xbox Series X’s hardware, such as Gears 5, Forza Horizon 4, and Sea of​​ Thieves, so it’s a great way to experience next-gen games The good places are less. What’s more, all first-party games landed on the service on day one, and thanks to Microsoft’s acquisition of ZeniMax Media, Xbox Game Pass is now home to a bunch of Bethesda games — future titles like Starfield and The Elder Scrolls 6 Log in to the first day of service. Microsoft also agreed to buy Activision Blizzard, which means games like Call of Duty will feature the service in the future.

Well, Microsoft’s flagship console is as powerful as you’d expect, but we’d hold off on buying the Xbox Series X unless you’ve already invested heavily in the Xbox ecosystem. Or if you just want the best Xbox console experience right now. For others, it might be worth waiting until the next-gen game library becomes more fleshed out. Read on for our full Xbox Series X review.

The Xbox Series X launched globally on November 10, 2020, giving Microsoft a two-day lead over the Sony PS5, which was released on November 12 (in select countries and the rest of the world on November 19).If you’re interested in Sony’s console, check out our PS5 review

While that’s not exactly pocket money, it’s a decent price for a new Xbox. It’s the same price as the Xbox One when it launched, and it matches the MSRP of the (now discontinued) Xbox One X, both of which are nowhere near as powerful as the Xbox Series X. And, considering the Series X’s specs are similar to a gaming PC, $500 is pretty good — you’d be hard-pressed to find a gaming PC at that price.

However, as mentioned earlier, if you want to get the most out of your Xbox Series X, we recommend purchasing an Xbox Game Pass Ultimate subscription for $15 / £10.99 / AU$15.95 per month (annual subscription is also available, which saves you a year low cost). While it’s an extra expense, you get additional access to hundreds of Xbox Game Pass games (including Bethesda and EA titles), Xbox Live Gold, cloud gaming, and monthly free games, in the long run, versus buying the games individually.

If you’re not interested in the bells and whistles of Game Pass Ultimate, it might be worth buying a regular Game Pass subscription, which costs ($9.99/£7.99/AU$10.95), but only grants access to the console service (instead of two PCs and console) and cancel cloud gaming on mobile.

It’s worth pointing out that the Xbox Series X is also available on Microsoft’s Xbox All Access subscription service in select regions, including the US, UK, and Australia. Xbox All Access bundles the console with Xbox Game Pass Ultimate, offering a 24-month plan (which gives you access to the latter during that time) for $34.99 / £28.99 / AU$46 per month with no up-front costs — – It feels like a good deal.

But the Xbox Series X isn’t the only next-gen console available, it’s also worth checking out the similarly priced PS5 and PS5 Digital — though the PS5 Digital is $100 less. We won’t delve into them here, though.

The design of the Xbox Series X is a departure from its predecessors—the vertical tower design is more reminiscent of a desktop gaming PC, although you can also place the console horizontally.

The cuboid-shaped console measures 15.1 x 15 x 30.1 cm, weighs 4.45 kg, and is finished in matte black except for the green accents in the recessed cooling vents at the top – a clever optical illusion that enhances control table design.

The front of the console has a very simple design, with the iconic Xbox power button in the upper left corner, a disk drive (and eject button) in the lower left corner, and a pairing button and USB 3.2 port on the bottom – right (the pairing button also acts as an IR receiver device). The back of the console has some cooling vents as well as an HDMI 2.1 output port, two USB 3.2 ports, a network port, a storage expansion slot and a power input port.

An interesting secondary feature on the back of the console is that all ports have tactile indicators (small raised dots) that indicate which port you’re touching. For example, the USB 3.2 port has three raised ports, while the power input port has only one. This is designed to help with wiring and to make the console more accessible to the visually impaired.

The sides of the console (when it’s upright) are blank, save for a discreet Xbox logo in the left corner and four rubber pads on the right, allowing the console to lie horizontally. The bottom of the console is a slightly raised disc-shaped stand, and there are also some vents for cooling – as mentioned, the top of the console is designed to help with ventilation, as this is where the Xbox Series X will dissipate any heat generated .

The console itself looks minimal, sleek…even monolithic. Despite its considerable weight and size, it looks much smaller than it measures. We found it easy to insert into an IKEA Kallax shelving unit (39cm x 39cm), allowing it to blend comfortably with its surroundings, both horizontally and vertically.

The Xbox Series X’s design is something you’ll either love or hate — we’ve found it to be a welcome change from the previously understated Xbox console. It’s sleek, modern, and looks like something adults really want to have, and it’s a nice evolution from the flat but compact One S and One X models. Still, the matte black design does mean the console is prone to scuffs and scratches, though it won’t get dirty.

Quiet as a whisper – but warm

A major advantage of the Xbox Series X is that it’s surprisingly quiet. We’re pretty much used to consoles speeding up like they’re about to take off when running games that really put them in lockstep; but the Xbox Series X is the quietest Xbox we’ve ever played, even if we need more next-gen-specific games to come Really respond to this.

The console emits about 30dB of sound when you’re on the main screen — that’s about whisper audio levels — and when you’re actually loading up and playing the game, the change is minimal. While playing Sea of ​​Thieves, No Man’s Sky, and PUBG, we found that the decibel never exceeded 33dB.

That said, when installing the larger update, we recorded levels of up to 45dB, which is about the same as a running printer. Even so, it wasn’t too loud, barely registering in the sound of actually playing the game. The same is true when playing the next-gen games we’ve sampled so far.

That’s great news for those who don’t want their gameplay interrupted by the whirring of a struggling machine — but that quietness comes with some heat. The Xbox Series X is on par with the Xbox One X in terms of cooling, with heat dissipating through the top vents, and we recommend leaving plenty of room. The console itself is also really bad, but we didn’t see that affecting performance when running more intensive next-gen games.

While the Xbox Series X’s exterior design is quite different from its predecessor, there have been more subtle changes to the console’s UI and dashboard.

The Xbox Series X dashboard is nearly identical to the Xbox One’s dashboard. The main reason is that Microsoft rolled out a slew of updates to the Xbox One back in August 2020 to make its UI more streamlined and align it with the…

Xbox Series X in stock at GameStop and Best Buy